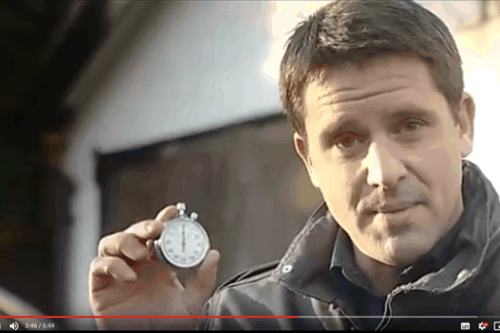 Lock Snapping report by the BBC

What is Lock Snapping?

Lock snapping is a very common method used by burglars to break into property that has a euro cylinder (e.g. almost all properties that have UPVC doors, although a significant number of composite & aluminium doors use them too, and they’re often used in commercial as well as domestic environments). Read more here: https://www.locksmiths.co.uk/security-advice/lock-snapping/.

What can I do?

It has spread all over the UK and we have attended a lot in the Midlands and surrounding areas. No need to panic as there is a simple solution to this by changing your existing cylinders to snap resistant B/S kite marked cylinders this will stop thieves from doing this you can also fit heavy duty lever handles with a security guard on the external handle.

HERE IS THE BBC’s COMMENTS

A quarter of all burglaries in West Yorkshire are being committed by criminals using a technique called “lock snapping”, police have revealed, and this practice is now spreading to Scotland too.

Since 2009, there has been a rise in the technique, which involves applying force and snapping the cylinder in two. West Yorkshire Police said it was mainly prevalent with euro cylinder locks and urged concerned residents to seek crime prevention advice.

Ex-burglar Peter Findlay said snapping the lock was “simpler and quicker”. Mr Findlay, who now works with police to help them with crime prevention tactics, told the BBC’s Inside Out programme: “If I had the best lock picks in England I wouldn’t bother using them, I’d just snap the lock.” Police said the technique first emerged in Bradford a couple of years ago and now accounted for more than a quarter of all burglaries across the force area. What we want to do is ensure that the new British standard locks are a lot stronger and can resist attack Figures for December show that 27% of all burglaries across the county involved lock snapping on euro cylinders.

Euro cylinder locks are fitted to millions of properties, usually UPVC and other double glazed doors. Ch Supt Paul Money, from West Yorkshire Police, said: “These locks are vulnerable to this type of attack but it can take between 50 seconds and two minutes to force the lock. “It you’re unsure about the standard and quality of your locks, contact your local crime reduction officer who will provide advice free of charge or contact some of the not for profit organisations of which there are a number in West Yorkshire.”

The Association of Chief Police Officers are working with the door and lock industry to come up with a new British standard for locks. Mr Money said: “What we want to do is ensure that the new British standard locks are a lot stronger and can resist attack. “I wouldn’t want to put a specific time frame on it but currently the testing is extensive and the new locks are now in the process of being tested.” Neil Goldup, managing director of security organisation Community Action and Support Against Crime (CASAC), said: “My one wish would be to get rid of these cylinders.”